As an Amazon Associate I earn from qualifying purchases.

A CLOSER LOOK AT THE NEW AND IMPROVED HOVERBOARD

Razor USA recently released the Razor Hovertrax 2.0 hoverboard. They have added several new features to this self-balancing scooter, all designed to make it a safer and better quality product. See what these new features are and how the Hovertrax 2.0 compares to other hoverboard brands.

It might not be the fastest hoverboard, but the Hovertrax is probably one of the best hoverboards to get for kids. It will let them do anything they would want to with a hoverboard, and the slower speed may keep them out of accidents.

The specs for the Hovertrax 2.0

Top Speed6 mi/h (9.5 km/h)
Speed is one of the most important stats of any hoverboard. The Hovertrax 2.0’s top speed is 6 miles per hour. This is surprisingly slow, especially when it’s compared to other brands which average around eight mi/h. That’s 25% faster.

Battery Life60 minutes
After speed, the next important stat for any smart balance board has to be the battery life. How long the battery lasts depends on upon several factors: rider weight, temperature, active usage. The battery capacity for the Hovertrax is estimated to be 60 minutes.

Weight Limit220 lbs. (100 kg.)
The Hovertrax 2.0 weight limit is 220 lbs. This is the standard maximum rider weight for self-balancing scooters.

FEATURES OF THE RAZOR HOVERBOARD

Auto Self-Balancing Sensor
An improved self-balancing sensor is used in the Hovertrax 2.0, it uses gyroscopic technology to ensure that the rider always maintains their balance.

New Operation Modes
Two new modes of operation allow the performance of the Hovertrax to be adjusted for riders of every skill level. Use the training mode if you’re just learning how to ride a hoverboard. For those riders who have more experience you can unlock more performance from the Hovertrax by using the standard mode.

Shatter-Resistant Plastic Shell
A new polymer is used for the hoverboard shell. It’s shatter-resistant and helps to protect the inner components from accidental damage while riding. Because it’s a more durable material, the scratches and scrapes that were common on the first generation Hovertrax should be prevented.

The Hovertrax 2.0 has new anti-slip foot pads to help riders keep their grips while riding

A 350 Watt silent motor powers each wheel of the Hovertrax

Swappable Lithium Ion Battery
Quick change 36V lithium ion battery pack with LG cells. No longer will you have to stop and recharge your hoverboard, just swap out the dead battery for a fully charged one and keep riding.

LED Power Indicator
The LED power indicator shows you how much power you’ve got left before you need a charge. It also shows which operation mode your Hovertrax is in.

Powerful and Silent Motors
A silent 350 Watt motor powers each wheel of the Hovertrax. These allow you to cruise at speeds of up to 6 mph.

This makes the Razor Hovertrax unique, you can replace the dead battery for a fully charged one.

The gyroscopic sensor inside the Hovertrax automatically causes it to maintain it’s riders balance.

The Hovertrax 2.0 is UL-2272 certified. This is the official safety standard for all hoverboards. It involved more than 40 different safety and standards tests. It’s part of Razor’s commitment to provide safe and fun rideables.

The Razor Hovertrax Electric Self-Balancing Scooter is a groundbreaking product. It can’t be compared to the other hoverboards that you see everywhere blowing up or catching on fire.

The engineers that were used to design and build the Hovertrax incorporated several different features to help it be the safest hoverboard that you can buy.

As an added safety feature, it has an anti-slip grip to the top of the Razor self-balancing scooter. This serves the dual purpose of providing a sure grip to the rider and also helps them to maintain a stable footing while maneuvering and steering.

This is the perfect hoverboard/self-balancing electric scooter for kids over 13. The Hovertrax has a weight limit of 220 lbs.

YOU CAN DO SO MANY TRICKS ON THIS HOVERBOARD.

A lithium-ion battery takes a quick recharge of only about 2 hours . There’s a battery charge indicator on the chassis. In a glimpse, you’ll be able to see the current charge level and decide if you need to find a power outlet.

Razor Scooters stands behind the products that they make. They believe this is the best electric hoverboard scooter and want you to know this also.

You don’t have to worry about how safe is this hoverboard. It’s been tested by the Underwriter’s Laboratory to pass the UL-2272 self-balancing scooter electrical systems testing standards.

Additionally, the Razor Hovertrax comes with a 90-day manufacturer’s warranty.

The Hovertrax 2.0 is UL-2272 certified, making it a safe hoverboard to buy.

HOW FAST IS THE HOVERTRAX?

The Razor Hovertrax 2.0 is made by Razor USA LLC

HOW TO CONTROL IT

The Razor Hovertrax price varies, but it usually is between $400-$500 depending on the model and seller.

WHO SHOULD BUY A HOVERTRAX?

The Hovertrax 2.0 is a better product that the original version that was sold by Razor. The first generation suffered from being overpriced and underperforming.

The Hovertrax 2.0 doesn’t have these problems. In addition to the Hovertrax price being reasonable at $400-$500 (depending on the model and where you buy one from), it’s specs are on the same level as most other hoverboards.

The replaceable battery is a unique feature that I haven’t seen any other hoverboards include. This benefits the rider as long as they have a replacement battery for the Hovertrax.

At the time of writing this Hovertrax review, I haven’t been able to find them sold anywhere.

Another feature that I haven’t seen much is the two different modes of operation. The two modes are great because you can ease into the full capabilities of a Hovertrax as you become accustomed to riding. That makes it a safer hoverboard for new riders to learn how to ride.

Experienced riders will like the Hovertrax as well because of the more durable hoverboard shell and fender bumpers. If you’ve seen any of the first-gen hoverboards, or read their reviews, you’ve probably heard about how easy it was to scratch them. That should be a thing of the past now with the new shell material.

Amazon and the Amazon logo are trademarks of Amazon.com, Inc, or its affiliates. 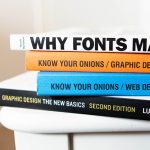 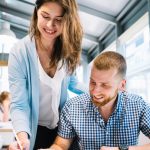 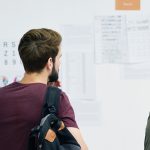 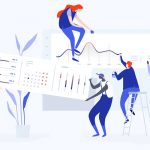 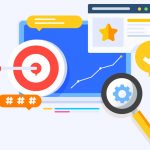 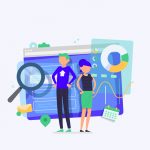